The Fulbright Program in Ireland represents a very important symbolic and practical expression of the deep and historic ties between Ireland and the United States of America. The Program was originally established in Ireland in 1957 and was administered by the Scholarship Exchange Board (officially entitled in Irish An Bord Scoiláireachtaí Cómhalairte).

A bilateral agreement between Ireland and the United States was signed in 1988 and a statutory body, The Ireland – United States Commission for Educational Exchange, known as The Fulbright Commission, was established in 1992. The Commission derives its income through contributions from the Irish and US Governments, Higher Educational Institutions, and private and public sector organisations.

Awards are made through open competition to outstanding post-graduate students, professionals and post-doctoral scholars who demonstrate leadership qualities and to potential and established leaders of professional, academic and artistic excellence who are recognised in their fields.

“Since its establishment in 1957, the Fulbright program has played an essential role in strengthening the special relationship between  the United States and  Ireland,  and building lasting educational ties between our nations. It provides a unique platform for Ireland’s brightest scholars to break new ground, while collaborating with other world class researchers in making a genuine difference to society. Ultimately, the heart of the U.S.-Ireland relationship lies in its most valuable asset of all: people.  That’s  why it’s so important for us to continue investing in Fulbright and  creating  new educational ties that will last for the next generation.” 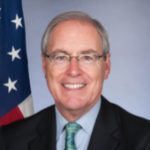